Adding Value To The Agricultural Sector With Afkoin.

Africa is home to at least 60% of the world’s available arable land, making agriculture a precious sector on the continent, not just for our survival and development but also for the world.

Per McKinsey, 23% of Sub-Saharan GDP comes from agriculture. The sector is responsible for at least 30% of the value of exports and, on average, 30% – 60% of GDP of all African countries.

Suppose we are jampacking the facts and numbers. In that case, it is because they underline the value of agriculture to not only Africa but the world in terms of food security, economic value, and opportunity.

Imagine locking that value in a currency? One that is trustless, decentralized, and secure; Enter Afkoin.

Despite Africa’s great potential and dependence on agriculture, there is still an enormous gap in what is produced now and what could be.

Smallholder farmers make up 60% of Sub-Saharan Africa and the continent as a whole. This means a significant dependence on subsistence farming that is mainly informal and works primarily on shifting cultivation.

According to McKinsey’s 2019 study on Africa’s agricultural markets, the continent can produce two to three times more cereals and grains than it does now, which will bump the current world output by 20%. Still, a lack of resources, technology, and proper infrastructure are just a few of the challenges that undermine the sector.

The Question of Investment Arises

It is evident that there is a need and opportunity for investment in the agricultural sector in Africa. Still, the paths to that are not always obvious, cost-efficient, or sometimes even trustworthy.

The majority of African farmers are in the rural areas, and maintain their activity for survival, tending towards food security for their households rather than enterprising for markets.

COVID-19 has reinforced the trend, and given failed trickle-down policies and projects from the past, it is difficult for these smallholder farmers to trust investors that do not directly engage with them.

On the other hand, investors face heavy taxes, competition from multinationals who governments favor, and trust issues when dealing directly with landowners or individuals.

Amongst the most discouraging obstacles investors face, glaring ones like financing, infrastructure, bureaucracy, and cross-sector collaboration stand out.

Are you done reading? 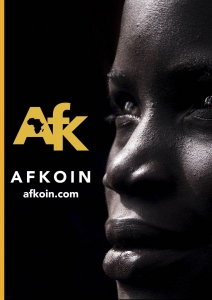 Backed by high valued and pristine African Resources and Wealth, Afkoin $AFK is The Face of The African Cryptocurrency Space.